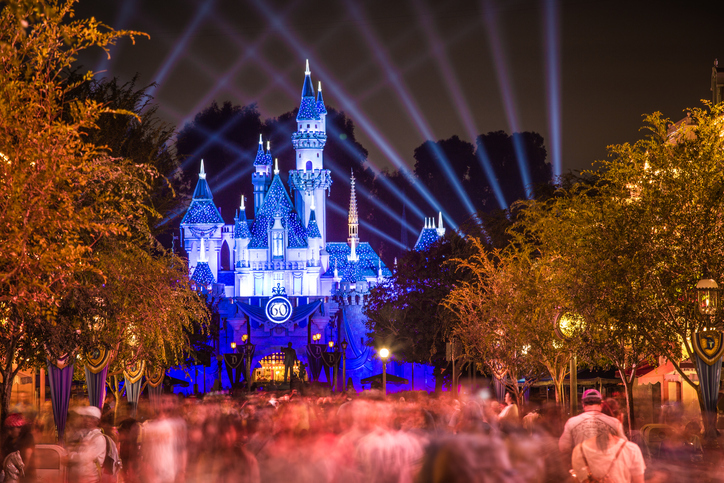 If you want to give your family a Halloween they will never, EVER, forget, come to Orlando in October. One family I know, an entire generation of the Scott’s, goes every year. Their first stop will be right through the magic gates to Walt Disney World to visit “Mickey's Not-So-Scary Halloween Party.” The youngest, a seven-year-old, has to have a brand-new costume each year to keep up with this year’s princess and, typically, their son at thirteen – who is ordinarily much too old for such frivolity, of course – puts together his own get-up. He’s done the pirate scene a number of times and says he’s past that stage in life, so we can’t wait to see what he’s got up his sleeve next. Mom and Dad are game for joining the fun, too, and they’ve been known to come as everything from Mickey and Minnie to Beauty and the Beast.

The grandparents are game for October in Orlando, too, as they are avid golfers. They bought two timeshare weeks at The West Village of Holiday Inn Club Vacations at Orange Lake Resort because of the great golfing available. Grandpa Scotty is retired and says that golfing is now his full-time job. He drags Grandma out, too, and the two of them frolic like it’s 1999 as they practice their long shots, curse at their putters, and give themselves extra Mulligans when the other one’s not looking. Occasionally, they’ll call their friends up north who they know are bundling up in overcoats and brag about it.

This year, the family is looking forward to seeing Disney World’s “Hocus Pocus Villain Spelltacular,” a musical event held in front of Cinderella’s Castle. See if the mischievous Sanderson Sisters from the 1993 movie, Hocus Pocus, are going to achieve their devious plan to become immortal this time. Year after year, the three witches (originally played by Bette Midler, Sarah Jessica Parker, and Kathy Najimy) find their evil scheme foiled by two resourceful teens. Who knows? Maybe this is the year!

The entire Scott family is looking forward to seeing the park’s “Happy HalloWishes Fireworks Show,” so they can sing along with the Disney's most endearing villains including Maleficent, Ursula, Cruella de Vil, Jafar and Oogie Boogi. Braver members of the family can watch as the stars come out at night from the Haunted Mansion for what is described as "family-friendly frights." Once again this year, the Disney Imagineering team pulls out all of stops for its “Boo-to-You Halloween Parade,” which winds through the park from Frontierland, around the Central Plaza circle and down Main Street, as hundreds cheer and wave.

If you’re planning a visit to Orlando, Summer Bay Orlando by Exploria Resorts is another very popular timeshare resort. It has a great location just five miles from the entrance to Disney World’s Magic Kingdom and away from the bustle of the infamous I-4 highway. The landscaping is lovely with a beautiful lake in the center. With various amenities including a water sports center, tennis courts, and an arcade, it’s an ideal family hangout for days spent “at home,” rather than at an amusement park.

For Halloween visitors, there’s also Universal Studios Florida, which is boasting that its Halloween Horror Nights will be “ripping cinematic greats, cult classics and even original nightmares from decades past into a new era of fear with more terrifying haunted houses than ever, sinister scare zones and outrageous entertainment.” The theme park home of the Harry Potter series will be an appropriate setting for continuing the chills and thrills elicited after a day of tangling with He-who-must-not-be-named and his crew of supporters.

One resort located conveniently close to Universal Studios is Hilton Grand Vacations Club at Tuscany Village. Its 34 acres of picturesque grounds transport you to the Tuscan Hills of Italy. It’s a place where you can ‘mellow out’ and, yet, you’re only minutes from Walt Disney World, Universal Orlando, SeaWorld Orlando, Aquatica, and Disney Springs. There’s even a scheduled shuttle to save you the hassle of driving and finding a parking place. If you’re ready for some retail therapy, there’s a private gate to enter the Orlando Premium Outlets-Vineland Avenue. But with the resort’s dining options, two pools, and recreation program, you may be tempted to stay put.

Central Florida is going to be a Halloween wonderland for the little ones. But first, if you’re up for an hour-long trip to Florida’s West Coast, Busch Gardens in Tampa is holding Sesame Street Halloween Kids' Weekends, featuring animal encounters, a hay bale maze, trick or treating, and candy stations. There will also be parades and dance parties featuring Sesame Street favorites like Elmo, Cookie Monster, and Big Bird all dressed in their Halloween finery. If you're back in town on October 20, little ones will enjoy the “Zoo BooBash” at the Central Florida Zoo & Botanical Gardens from 9:00am to 3:00pm.

There are plenty of plans in the works during LEGOLAND Florida's “Brick or Treat.” Kids can choose from scads of activities including ghost building, scavenger hunting, dressing up for a costume contest, joining a Meet & Greet with LEGO characters, and watching the fireworks finale while looking for the 13-foot Vampyer Hearse.

If you’re anywhere near the Florida Mall, then the Crayola Experience is sponsoring "Screamin' Green Hauntoween" through October 31st. While you’re window-shopping, your children can amuse themselves for hours on end with zombie-driven crafts, character cut-outs, a scavenger hunt, a slime show and what’s being called, rather mysteriously, “Slime Time, an ooey-gooey class.”

With all this going on in town each year, it’s become almost next to impossible to book reservations at a hotel in Orlando this time of year. Plus, after a 12-hour (or longer) day of enjoying the parks, checking out the shopping venues, or spending a day on the links, who wants to deal with a cramped hotel room or waiting for hours to get into a high-priced restaurant? One friend of mine describes sharing a hotel room with the family as “eating pizza on a bed,”….Not the most fun or nutritious way to save on dining options.

Timeshare owners, on the other hand, have a great advantage. There are more than 80 resorts to choose from throughout the metropolitan area; including the cities of Kissimmee, Lake Buena Vista, Davenport, and Clermont. Spend a week in Orlando with your family, and you’ll understand why Orlando timeshares are so popular: Hotel rooms just don't give you enough space to unwind after a long day at the attractions. Enjoy the privacy of separate bedrooms, the savings on meals cooked in your vacation condo, and the luxury of a 'home-away-from-home.' From a small Studio Unit to a huge Five-Bedroom Lock-Out, and everything in between, there’s certainly an Orlando timeshare just right for you.