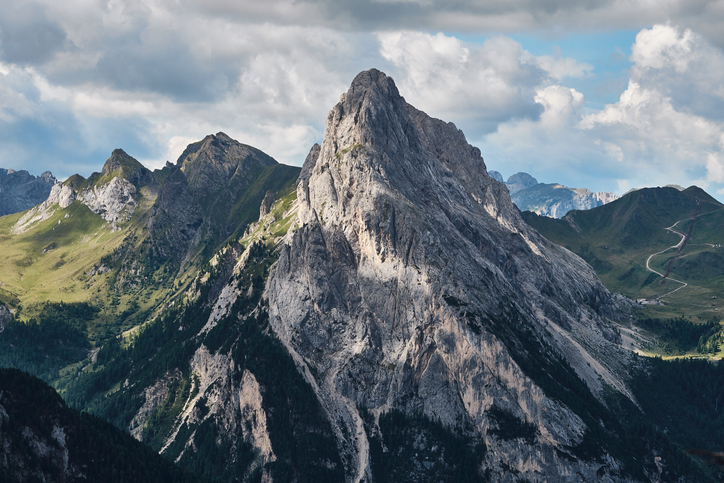 After college, my ex-husband moved to Lake Tahoe where he rented a place with a couple of ski instructors. These hot shots quickly had him taking the moguls down the advanced runs, loving every minute while risking almost certain death or dismemberment. By the time we were married his days of skiing were long past as he built his career and let’s just say…gained a few pounds.

When we took one of our first vacations together, he suggested I learn to ski. I realized I was doomed the first evening when he informed me that we needed to be on the slopes at 8:00 a.m. the next morning. This was supposed to be a vacation!

The next day I dutifully trudged out into the cold, dark predawn hours, encased in what appeared to be a brand-new spacesuit with Paul Bunyan-sized boots. After a few hours of instruction, during which I was principally concerned with the techniques involved in stopping, I felt brave enough to take my first solo flight on the ski lift. I courageously thrust my backside into harm’s way as the threatening bench clanked its way ever closer, allowing it to scoop me up. I lifted my skis and placed my poles out of the way as directed by the teenager in charge of my welfare and gratefully slumped into a peaceful few minutes of enjoying a gorgeous view of snow-peaked mountains sparkling in warm sunshine.

From then on, I learned to snatch small increments of serenity as frequently as possible throughout the day. Whenever moments of sanguinity appeared in brief spurts, they were my lifelines. At the top of the bunny slope, I came crashing off the lift and tumbled languidly into a snow bank that was apparently positioned for that exact purpose. From there, it was all downhill, as they say. I wore myself out by noon after repeatedly falling and struggling to get back up. It was not my best day.

Years later my new beau (who later married me, despite everything) suggested we return to the slopes for Christmas week. Like postpartum forgetfulness and blinded by infatuation, I decided I was game to try the slopes again. Sadly for him, although fortunate for me, the winter had been too mild that year to make for an adequate accumulation of snow. Instead of playing a cat-and-mouse game with patches of bare mud, we spent an uneventful few days exploring the alternatives. This included visiting retail venues and restaurants in the region, plus a languid, epic day spent luxuriating at a spa. This convinced me: There’s more to do in the mountains than just ski!

For example, there are often picturesque venues like Clark's Trading Post in Lincoln, New Hampshire. This tiny theme park has entertainment for the whole family including a 30-minute bear show, starring trained North American Black Bears! Although it’s closed for the season in winter, in the spring you can take the White Mt. Central RR steam train ride through the covered bridge and into Wolfman's Territory after a visit to the five museum buildings on the Victorian area-styled Main Street. There are shops, rides, and shows to help you build up an appetite for a bite to eat at the Whistle Stop Snack Bar, Pullman's Lunch or the Peppermint Saloon.

After a day of shopping and entertainment in town, you can check into South Mountain, a clean, no-frills, comfy mountain escape. Take a nice long soak in the hot tub before retreating to the premium pillowtop relaxation of your own fully equipped apartment.

You may never wish to leave the resort if you stay at The Village of Loon Mountain Lodges. Better hurry, though! This lovely mountainside resort rarely has units available, due to its location and plethora of amenities including two indoor pools (besides its two outdoor pools for use in the summer), indoor and outdoor hot tubs, sauna, fitness center, and even a business center (yup, sometimes it’s just too hard to get away). There are also on-site activities for kids and a cool game room with pool tables. There’s absolutely no need to hit the ski slope at all if you’re like me!

On the other side of the States, Colorado’s Rocky Mountain resorts are abundant and extremely popular. My favorite town west of Denver is Breckenridge. For one thing, it’s closer to Denver than Avon, Vail, or Aspen as you drive west on the I-70.

If you're in the mood to stay fit without the toil (and expense!) of getting hauled to the top of a mountain and released to slip and slide your way down either gracefully or not so-much, how about visiting the Breckenridge Recreation Center? Here's a comment from TripAdvisor: “What a find! The facility has everything you would expect at a metropolitan YMCA - cardio machines, cycling, machine and free weights, basketball, group exercise, running/walking track, climbing walls, pool, hot tubs, sauna, and steam rooms, and a big-time skateboard park outside! I believe a daily pass is $15 if your hotel does not provide a pass. Towels can be rented for $2 if you did not bring one with you.”

For accommodations, you can’t do better than Grand Timber Lodge, located practically in the heart of town. It’s ski-in/ski-out location is perfect for the skier, while there are activities and a close shot to downtown for the rest of us. The resort’s website tells us the large-sized apartments are “fully equipped and luxuriously appointed with full-sized kitchens and kitchenettes, king- and queen-sized beds, flat-screen TVs and DVD players, deep jetted bathtubs, private balconies, and gas fireplaces in the larger units.”

If you're traveling with little ones, you won't want to miss the Mountain Top Children's Museum, located close to the Lodge. Don't allow yourself to be underwhelmed by its diminutive size; it's packed with activities for the toddler-to-elementary-school-aged set. Reviewer comments speak to the range of activity opportunities including a 'realistic hospital' display, a coloring activity center, a dress-up area, science play, arts and crafts, and building activities. One TripAdvisor commenter advised, “They also offer childcare on two nights/week ($40/kid, $25/sibling) that includes dinner, from 6-9pm.”

Check out the Golden Horseshoe Tour Company for what are reputed to be the best sleigh rides and dinner tours in Breckenridge. The venue is a little far to the east of the Breckenridge Golf Club on Route 6, but worth the 25-minute drive. You can take a scenic sleigh ride, followed by a restorative hot cocoa afterwards. Small or large groups can book a full sleigh ride dinner theater experience with a scenic sleigh ride and tour followed by a fantastic dinner and old west theater event at an authentic mining camp. The various Old West options include a Mining Camp Dinner Theater Sleigh Ride, a Campfire Cookout Tour, the Hot Cocoa Scenic Sleigh Ride, or an exclusive Private Romantic Sleigh Ride.

Despite the temperate climate of Eastern Tennessee, skiing is available at Ober Gatlinburg, just outside the Smoky Mountains National Park. There's more to do there than just ski including taking the Ski Mountain Coaster, torturing your oldest child in the Ice Bumper Cars, taking an Alpine Slide, going ice skating, or admiring the view from the chairlift. At the zenith, there are shops and a restaurant.

This is one mountain area where the non-skier rules. Love being entertained? This is your kind of place! After a day of shopping for beer steins and t-shirts, plus sampling Tennessee whiskey, you’ll find plenty of comedy and musical venues in Pigeon Forge. There's the Old West-styled Dollywood Dixie Stampede, for example. Other dinner shows get rave reviews, including the Hatfield and McCoy Dinner Show. For more about the area, check out our Blog Post, “The Lore and Allure of the Smokies.”

A popular timeshare destination in the Gatlinburg area is Tree Tops Resort. One guest recently reported on TripAdvisor, "Everything about this resort was wonderful: staff, rooms, pool, activities, scenery! Getting to see black bears from our back door was a special treat. This resort is tucked away, but close to all the area activities."

Whether or not you are interested in skiing, don’t discount the value of a winter vacation at a ski resort. There are always alternatives for those of us who are disinclined to hit the incline.

Previous (The Lore and Allure of the Smokies)
Next (How About a Belated Valentine’s Day Vacation?)