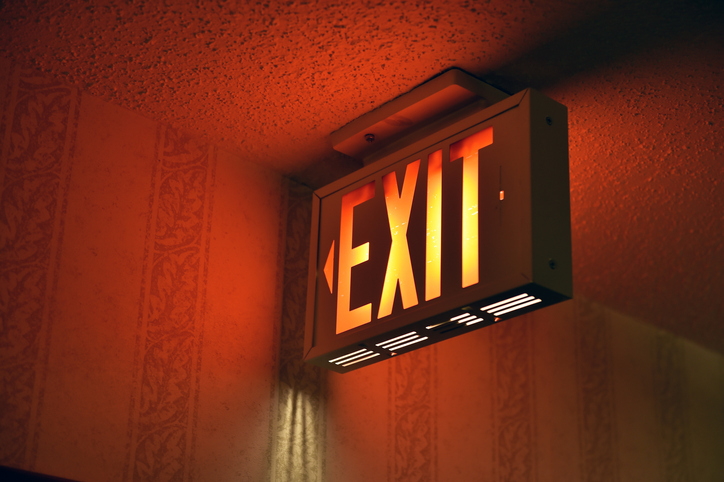 Most Americans are at least peripherally familiar with the concept of “the big lie,” as it has migrated into our pop-culture lexicon. The expression was originally used by Hitler in his infamous Mein Kampf to describe a propaganda technique: If you tell a lie big enough and keep repeating it, people will eventually come to believe it. Modern-day propagandists have refined such techniques; using data from social scientists to exploit the cognitive biases and logical fallacies that we humans innately possess. The rise of so-called "Timeshare Exit Companies" has perplexed many timeshare industry professionals in recent years. It is hard to see the appeal of paying $5,000 (or more) to a third-party exit company for the "privilege" of defaulting on your timeshare mortgage and severely damaging your credit. Timeshare developers have rightly taken legal action to prevent these companies from defrauding owners and spreading disinformation that damages the industry, yet the appeal of exit company messaging remains largely misunderstood.

Why wouldn’t an owner seeking an exit try to sell the timeshare instead? (a lower cost and lower risk option) Why not use the $5,000 to pay off the mortgage and the give the timeshare away or back to the resort? Given the myriad consumer protections provided to timeshare buyers at the time of sale, why would it seem plausible that lying about the sale process after the fact would be an effective exit strategy? (let alone one worth $5,000) In my analysis, these questions can be fully answered only by unpacking “the big lie” embedded in the false logic of timeshare exit companies.

Understanding the Mindset of the Owner Who Wants to Sell

Our company has helped thousands of owners sell their timeshares over the past 13 years. During that time, we’ve logged over ¼ million consultations with timeshare owners who are considering their resale (exit) options. We’ve found that, almost universally, these owners want the process of selling their timeshare to be fast, or more accurately “immediate.” The truth, of course, is that selling a timeshare is not an immediate process. It’s a process that can take months, or even years. (There are good reasons for this addressed elsewhere on this blog.) The point here is that because owners who want to sell expect an immediate exit they are susceptible to confirmation bias: “the tendency to search for, interpret, focus on and remember information in a way that confirms one's preconceptions.” No honest approach at helping them is going to confirm their desire for an immediate sale or exit. While many owners we consult with are willing to reconsider their preconceptions and buckle-in for the duration, many more refuse to do so and move on to seek confirmation elsewhere.

A Match Made in Hell

Given the preexisting biases timeshare owners seeking an exit bring with them, once contact with an exit company occurs they are perfectly primed to accept the big lie: Timeshares should be a highly-liquid asset, and that they are demonstrably not proves they are fraudulent.

There is so much wrong with this idea that it would take several blog posts to thoroughly refute it… Yet, consider that regardless of veracity, this lie is highly persuasive on multiple levels: It confirms the rightfulness of the owner’s existing preference for an immediate exit, it includes an element of truth in that timeshare is not a liquid asset, it provides a convenient scapegoat by painting the timeshare developer as fraudulent, and it conceals the underlying false logic about what a timeshare “should” be.

Once an owner interacts with a timeshare exit company (whether or not they choose to engage their services), the damage seems to be fairly irreparable. Nietzsche said that, “people don’t want to hear the truth because they don’t want their illusions destroyed. “ Having spoken to numerous exit company-influenced timeshare owners, I tend to agree with him. It would be best if timeshare owners simply never encountered exit companies to begin with, and perhaps developer efforts in this regard will succeed to the point where they don’t. For now, many of us who work in the timeshare industry get to LARP as cult deprogrammers.

While the propaganda techniques of timeshare exit companies rely on emotion and exploiting logical fallacies to be effective, there are several logical arguments that can be made to counter their claims. Here are 3 of my favorites:

1. Timeshare developers sell their product as a “use product” where the value of the timeshare is in the quality vacations the owner is able to enjoy over the years. Certainly none of this suggests timeshare should be thought of as a liquid asset, but since exit companies are singling out timeshare as uniquely fraudulent it might be worth comparing with something similar. Websites like VRBO, Air B&B, and others offer vacations for sale. Often booking a quality rental on one of these sites often requires a substantial deposit in the thousands of dollars. Between the time of booking and check-out at the end of stay, the deposit on an upcoming vacation represents an asset to the vacationer. By the logic of the timeshare exit companies, this asset should be highly-liquid, and if not is fraudulent.  Clearly, that future vacation is even less liquid then a timeshare, since the reservation is non-transferable and the deposit itself is usually non-refundable.

2. We may think of our houses as liquid assets, but are they? What would happen if you attempted an immediate exit of the family home? Certainly real estate markets go through ups and downs, and vary from region to region, but often selling your home is a process. In the Atlanta area (where I live) even quality and desirable homes are selling slowly right now. Selling what would be considered a luxury home (in the same sense that timeshare is a luxury product) can easily take 18-24 months – even in a city with a robust economy. These facts may be frustrating to many home sellers in the Atlanta area, but they are not evidence of fraud. (A feature, not a bug.)

3. Most American workers participate in employer-sponsored IRA or 401k retirement savings programs. Theoretically, the assets within your IRA are indeed fairly liquid; stocks, bonds, and other securities. In practice, however, most of us will never attempt to withdraw funds until retirement. If you needed access to those funds immediately, could you get them? If the market started to crash and you wanted to get your money out quickly, could you? I contacted the company that manages my IRA to ask these questions and it took a couple days to get an answer. Eventually I was told that I could complete a form requesting to liquidate whatever portion of my retirement account I wanted to withdraw, mail or fax it back, and wait around a month for my funds to arrive in the mail… Of course, I would also owe the IRS substantial penalties for early withdrawing funds early; dramatically reducing the asset value. Were the market truly in free-fall, the time elapsed between request and actual sale of assets would likely reduce the value to just a fraction of the original investment. In the end, a retirement account is definitely more liquid than a timeshare, but not that much more.

The flawed logic of timeshare exit companies implies that most assets besides cash are fraudulent. In this distorted view, those assets we Americans love the most, like our homes, our retirement savings, and – yes – our timeshares, are just elaborate frauds we have yet to recognize. Timeshare exit companies, on the other hand, are the fully “woke” saviors of humanity, with intentions are pure as the driven snow… and a strong desire for your $5,000 ;)

Previous (How About a Belated Valentine’s Day Vacation?)
Next (Orange Lake Timeshares: Weeks and Points on the Resale Market)